All the other life - Lisa Sheridan Photography

All the other life 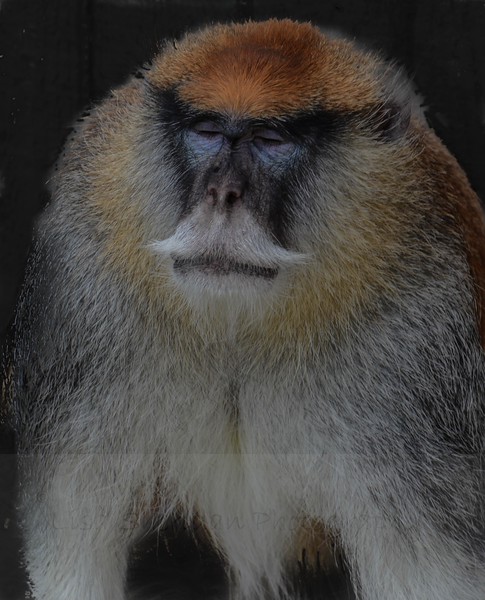 Fascinating Facts
•The patas monkey is the most terrestrial (ground-dwelling) and fastest of all primates, running at speeds of up to 35 miles per hour. Although the patas will climb trees when alarmed, it spends most of its time on the ground. An exception to the rule of big, aggressive Old World Monkeys, the patas will run away rather than fight.
•The patas monkey has many alternate names: red monkey, military monkey, Hussar monkey, Sergeant-Major monkey, etc. (due to whiskers and erect posture), and dancing monkey (because they raise all four feet off the ground to express pleasure or excitement). At a distance, a running patas can sometimes be mistaken for a cheetah.

The patas monkey is large and tall, very slender and gauntly built. Adults have a moustache and whiskers, usually white, while the body fur is reddish gray with pale underparts. They have a light band on the forehead and a dark dorsal stripe. The eyes and nostrils are very close together.

Living in the open grassy woodlands of central Africa, the patas can exist in semi-arid conditions and is often found miles from water.

Patas monkeys are omnivores, eating grubs and other ground insects, small reptiles, fruits, leaves, roots and probably young birds and birds’ eggs. At the Zoo, the patas monkeys are fed a diet of fruits, yams, carrots, greens, monkey chow and sunflower seeds. Lifespan in the wild and captivity is 20 years.

Patas monkeys live in harem groups, with one adult male, several females and their young. They are mostly quiet monkeys. Females and young have a restrained vocabulary of hoots and chirrups, as well as low whistles, and a repeated guttural cough. Males will make a burring alarm note or bark. To show annoyance, patas monkeys merely yawn.

Females are very protective of their precocious young which are able to climb about on their mother’s body when only two days old. In times of danger, the male will act as a decoy while his family escapes. Males display a bouncing behavior before mating – this can be seen even in juvenile males at the age of five or six months.

Status In The Wild

Patas monkeys are listed as Least Concern as this is a widespread species, still relatively abundant, although there has been a marked decrease in the area of occupancy and number of individuals in the southeastern parts of its range. This species is occasionally hunted for food, and is also persecuted as a crop pest in several range countries. It is threatened in parts of its range by habitat loss due to increasing desertification as a result of land-use practices (e.g., overgrazing by cattle, clearance of savanna for crops etc.).

The Zoo’s one male and four female patas monkeys can be seen in the large outdoor exhibit of the Primate Discovery Center.